Best Career in the NFL:

McCaffrey is going to thrive in the NFL with his playmaking ability as a dual-threat receiver, and runner. McCaffrey has tremendous route running ability for a running back, and should immediately help upgrade both the passing & running game. What separates McCaffrey from everybody else is his combination of his footwork and field vision in which he will make it nearly impossible to be able to tackle him in open field. 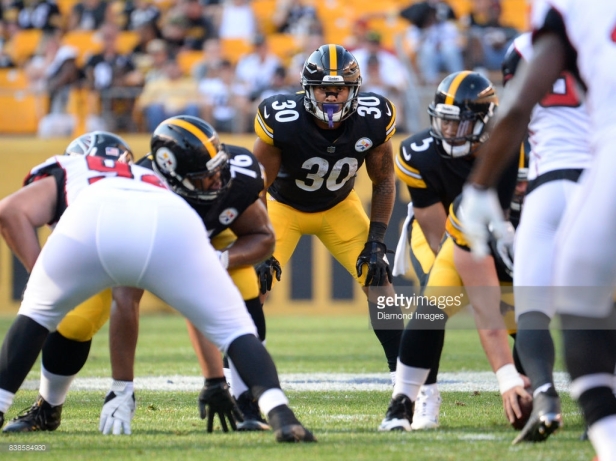 The Steelers spent a third round pick on James Conner in which they should have probably waited at least another round or two to select him. Conner was projected between the 4th-6th round, and the Steelers chose him mainly due to his ability to score touchdowns in short yardage red-zone situations. Conner has tremendous power, but he appears to be basically all power, without much finesse to his game. They could have used a more complete back to play behind Le’Veon Bell, but they’re going to have to rely on Conner’s short yardage ability to score touchdowns, and hope he could improve his all-around game.

Henderson is a great all-around running back, and has the ability to make people miss in space, as well as creating acceleration around the corner of the line of scrimmage. Henderson should make an impact in Denver’s committee approach type backfield, and may end up earning the majority of their carries throughout the season.

Former Tennessee RB Alvin Kamara has shown tremendous potential despite only starting for one season. Kamara has the ability to create yardage with both speed and power, and possesses the size and speed every NFL team would love to have. Kamara has also proven to be a very dangerous receiving threat, and should fit in perfectly with Drew Brees who is known to throw to running backs.

Cohen at just 5’6″ appears to be just a tiny situational running back, but has shown incredible field vision in his tape at college. He may have been a bit overlooked due to his size, but his rare ability to make impossible cuts is very intriguing, and should be a solid backup for Jordan Howard.

The Browns selected Matthew Dayes in the 7th round who has the ability to steal some carries from Isaiah Crowell and Duke Johnson this season. Dayes is a patient runner with excellent field vision, and also has shown he can be a reliable pass catcher.

There is no denying the talent of Leonard Fournette, and the rare size and speed he offers as a running back. Although it appears that Fournette is going to take the NFL by storm from Week 1, there are reasons to believe he may not live up to all the hype surrounding him. Fournette should have no problems blowing through tackle attempts using his power, but he struggles with making defenders miss with an open-shake. His power rushing attack can be lead to concerns with his durability, especially after missing half of last season at LSU, and majority of the preseason.

It surprises me how a player like Clement with such talent and highly productive college career wasn’t able to get drafted. The Eagles found a huge value in signing Clement as an undrafted free agent. Clement was projected to be a mid-late round pick, but ended up falling to the Eagles where he will have the opportunity to earn carries with the release of veteran Ryan Matthews.

Former Georgia Southern running back Matt Breida has turned many heads throughout training camp with expectations that he will earn a spot on the final roster. Breida had a disappointing senior season last year which hurt his draft stock, but has proven himself in the preseason to at least have a chance at earning some sort of role in the offense.

This site uses Akismet to reduce spam. Learn how your comment data is processed.